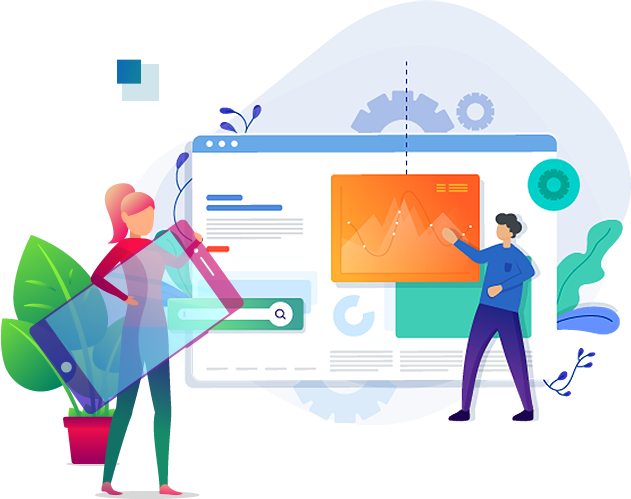 With IPv6, everything from appliances to automobiles can be interconnected. But an increased number of IT addresses isn’t the only advantage of IPv6 over IPv4. In honor of World IPv6 Day, here are six more good reasons to make sure your hardware, software, and services support IPv6.

IPv6 reduces the size of routing tables and makes routing more efficient and hierarchical. IPv6 allows ISPs to aggregate the prefixes of their customers' networks into a single prefix and announce this one prefix to the IPv6 Internet. In addition, in IPv6 networks, fragmentation is handled by the source device, rather than the router, using a protocol for discovery of the path's maximum transmission unit (MTU).

IPv6's simplified packet header makes packet processing more efficient. Compared with IPv4, IPv6 contains no IP-level checksum, so the checksum does not need to be recalculated at every router hop. Getting rid of the IP-level checksum was possible because most link-layer technologies already contain checksum and error-control capabilities. In addition, most transport layers, which handle end-to-end connectivity, have a checksum that enables error detection.

IPv6 supports multicast rather than broadcast. Multicast allows bandwidth-intensive packet flows (like multimedia streams) to be sent to multiple destinations simultaneously, saving network bandwidth. Disinterested hosts no longer must process broadcast packets. In addition, the IPv6 header has a new field, named Flow Label, that can identify packets belonging to the same flow.

Address auto-configuration (address assignment) is built in to IPv6. A router will send the prefix of the local link in its router advertisements. A host can generate its own IP address by appending its link-layer (MAC) address, converted into Extended Universal Identifier (EUI) 64-bit format, to the 64 bits of the local link prefix.

By eliminating Network Address Translation (NAT), true end-to-end connectivity at the IP layer is restored, enabling new and valuable services. Peer-to-peer networks are easier to create and maintain, and services such as VoIP and Quality of Service (QoS) become more robust.

IPSec, which provides confidentiality, authentication and data integrity, is baked into in IPv6. Because of their potential to carry malware, IPv4 ICMP packets are often blocked by corporate firewalls, but ICMPv6, the implementation of the Internet Control Message Protocol for IPv6, may be permitted because IPSec can be applied to the ICMPv6 packets.

IPv6 is short for “Internet Protocol Version 6”. IPv6 is the Internet’s next-generation protocol, designed to replace the current Internet Protocol, IP Version 4. In order to communicate over the Internet, computers and other devices must have sender and receiver addresses. These numeric addresses are known as Internet Protocol addresses. As the Internet and the number of people using it grows exponentially, so does the need for IP addresses. IPv6 is a standard developed by the Internet Engineering Task Force, an organization that develops Internet technologies. The IETF, anticipating the need for more IP addresses, created IPv6 to accommodate the growing number of users and devices accessing the Internet. IPv6 allows more users and devices to communicate on the Internet by using bigger numbers to create IP addresses. Under IPv4, every IP address is 32 bits long, which allows 4.3 billion unique addresses. An example IPv4 address is: 172.16.254.1 In comparison, IPv6 addresses are 128 bits, which allow for approximately three hundred and forty trillion, trillion unique IP addresses. An example IPv6 address is: 2001:db8:ffff:1:201:02ff:fe03:0405 IPv6 offers other networking advantages. In most cases, computers and applications will detect and take advantage of IPv6-enabled networks and services without requiring any action from the user. IPv6 also relieves other networking issues that can arise due to the limited number of addresses available on IPv4. For example, IPv6 reduces the need for Network Address Translation, a service that allows multiple clients to share a single IP address, but is not always reliable.
To test your IPv6 connectivity, you can visit test-ipv6.com.
Your IP is: 54.165.57.161
We use cookies on our website to give you the most relevant experience by remembering your preferences and repeat visits. By clicking “Accept”, you consent to the use of ALL the cookies. However you may visit Cookie Settings to provide a controlled consent.
Cookie settingsACCEPT
Manage consent

This website uses cookies to improve your experience while you navigate through the website. Out of these cookies, the cookies that are categorized as necessary are stored on your browser as they are essential for the working of basic functionalities of the website. We also use third-party cookies that help us analyze and understand how you use this website. These cookies will be stored in your browser only with your consent. You also have the option to opt-out of these cookies. But opting out of some of these cookies may have an effect on your browsing experience.
Necessary Sempre abilitato
Necessary cookies are absolutely essential for the website to function properly. These cookies ensure basic functionalities and security features of the website, anonymously.
Functional
Functional cookies help to perform certain functionalities like sharing the content of the website on social media platforms, collect feedbacks, and other third-party features.
Performance
Performance cookies are used to understand and analyze the key performance indexes of the website which helps in delivering a better user experience for the visitors.
Analytics
Analytical cookies are used to understand how visitors interact with the website. These cookies help provide information on metrics the number of visitors, bounce rate, traffic source, etc.
Advertisement
Advertisement cookies are used to provide visitors with relevant ads and marketing campaigns. These cookies track visitors across websites and collect information to provide customized ads.
Others
Other uncategorized cookies are those that are being analyzed and have not been classified into a category as yet.
Salva e accetta